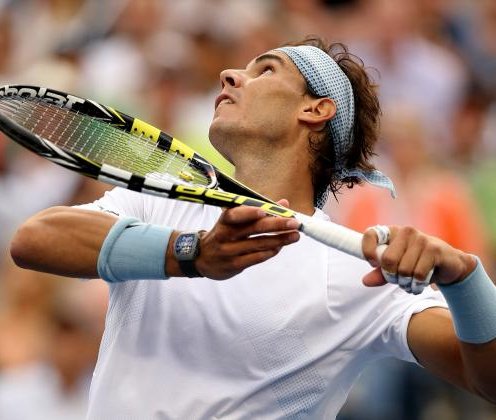 2015 Grand Slam Predictions: Will We Crown A New Champion?

For the first time this decade, last year we saw a non-Big Four player take a Slam. In fact we saw TWO with Stan Wawrinka and Marin Cilic bookending the season. This year, though, I think we return to status quo.

French Open – Nadal d Djokovic
Hard to pick against the King of Clay.

Wimbledon – Federer d Murray
A good draw and some upsets help both guys who should benefit from the extra week on grass.

US Open – Nadal d Raonic
A Djokovic upset opens the door for Nadal?

Among the others who could win slams:
Milos Raonic – Awfully hard to ignore that serve.
Andy Murray – Has done it before.
JW Tsonga – Needs a lot of help, but could get hot in week two.
Kei Nishikori – Can beat the big names when it matters.

Remember, though they collectively might not be at their peaks, for a non-Big Four player to win a Slam he’s more than likely still going to have to beat one or two of the big Four. Wawrinka had to beat both Djokovic and Nadal in Australia. Cilic took out Federer in New York. And going back to 2009, Del Potro beat Nadal and Federer at the US Open. In fact, I could be wrong but I think Nadal’s 2010 French Open title was the last time some won a Slam without beating a Big Four.