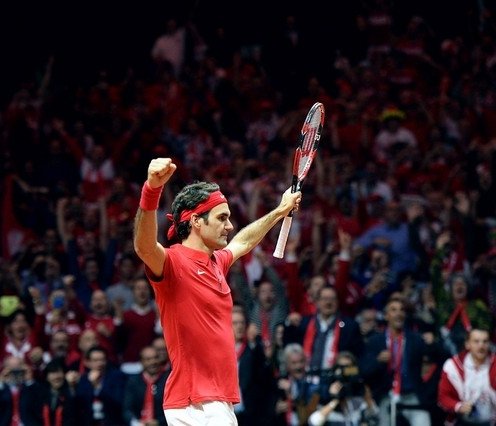 The Davis Cup is the premier international team competition in men's tennis, contested annually by squads from countries throughout the world in knockout format to determine each year's champion. First played in 1900 (between the United States and the British Isles) and originally called the International Tennis Challenge Trophy, the Davis Cup has grown to include more than 130 nations competing for the annual prize, named for one of the event's founders who commissioned the trophy.

Twelve nations have won the Davis Cup over its 110-year history, with the United States capturing the most titles (32), followed by Australia (with 28). The Czech Repulic team defeated Spain in the 2012 Davis Cup final round to win its first title since 1980.

While teams from more than 100 countries compete annually in Davis Cup play, only 16 nations qualify for the elite World Group that determines each year's champion. All other countries compete in various groups of zonal play or the World Group playoffs, earning points to improve their standing within the International Tennis Federation's ranking system.

Those rankings help to determine the seedings for the World Group, with the previous year's finalists serving as the top two seeds for the initial round of 16 within the World Group - the first of four weekends spaced throughout the year that narrow the field down in knockout format through best-of-five match "ties."

Winners of that first round of 16 move on to the quarterfinals and ensure their place in the following year's World Group, while the losers fall into the World Group playoffs to face zonal winners for a place in the top tier for the next year.

In the World Group, World Group playoffs, and Groups I and II of zonal play, each round or "tie" is contested in a best-of-five match format, and is played over three days (usually Friday to Sunday). On the first day (Friday) there are two singles matches, and then the doubles match takes place on the following day. The reverse singles take place on the final day (Sunday). Each of the five matches is worth one point, with the team earning the most points capturing the tie. All individual matches are best of five sets, unless one team has won the first three matches. Then the teams will often agree to a best-of-three sets scenario (for remaining singles matches).

Home teams within the competition are determined by the draw. In matchups between countries who have played each other in the past, the "away" team from the most recent matchup between the two is deemed the home side and allowed to choose a location for the tie.