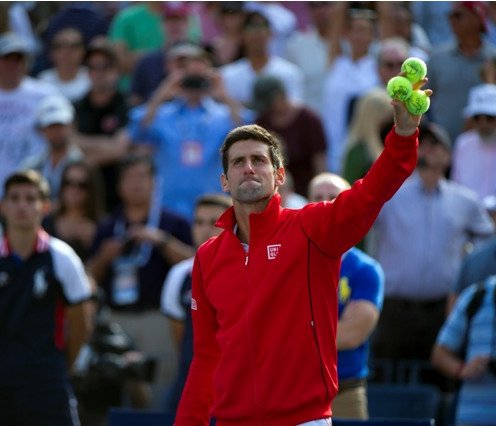 Novak Djokovic’s sweep of the first three Masters events plus the Australian Open has increased his ATP Ranking lead over Roger Federer this week by 5, 640 points. For some perspective, Rafael Nadal doesn’t even have 5, 640 points! So adding Nadal’s points to Federer’s wouldn’t even match Novak’s total.

“It’s only four months of the year, ” Djokovic said yesterday after winning his second Monte Carlo title. “I think the most important period of the year is coming up right now where you have Madrid, Rome, Roland Garros, Wimbledon in a matter of two months. It’s very close to each other. The tournaments are condensed, the schedule. Obviously Roland Garros and Wimbledon are the priority. That’s where I want to perform my best. But we’ll take it step by step and see how far I can go.”

Nadal, who made the semifinals this weekend losing to Djokovic, moved up a spot in the rankings back into the Top 4.

In the ATP Race looking at 2015 points only, Tomas Berdych is now No. 2 moving ahead of idle Andy Murray. Nadal also moved up two spots to No. 7. Djokovic has more than double the points of both Berdych and Murray.

“I’m having the most points, ” Berdych said yesterday of his start to the season vs other years. “That’s the best proof of it. Winning the most matches so far, as well. Yeah, I think I’m doing pretty well. But, yes, there are some things to still keep improving. I’m going to try to work on that.”