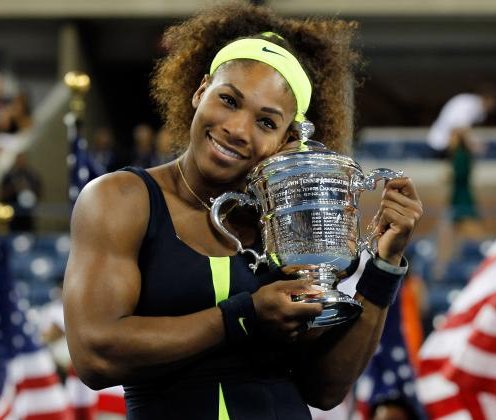 Federer roared back this year at the age of 33 when most tennis players have hung up their rackets for good. The U.S. Open kicks off Monday and Federer is ranked second in the men’s draw after racking up three titles so far in 2014. His most impressive performance may have come in defeat in an epic five-set loss to world No. 1 Novak Djokovic at the Wimbledon final.

Federer’s long run at the top cements him as the highest-paid player in tennis with earnings of $56.2 million between June 2013 and June 2014.

Worldwide tennis sponsorship spending is expected to hit $739 million in 2014, according to IEG, and no player secures a bigger piece of the pie than Federer. His loaded endorsement portfolio includes 10 brands like Nike, Wilson, Credit Suisse, Mercedes-Benz, Gillette and Moet & Chandon. They collectively pay him more than $40 million annually to pitch their wares. Federer’s strong performance and good health has kept him playing deep into tournaments almost year-round for more than 10 years. He is as reliable as the watches of his sponsor Rolex and provides great value for his partners.

The world’s 10 highest-paid tennis players made a combined $61 million in prize money between June 2012 and June 2013, but the big money is off the court where this group banked nearly $200 million from endorsements, exhibitions and appearance fees. The sport’s global nature is clear looking at tennis’ best-paid stars, as they hail from 10 different countries. The top 10 is split evenly between men and women.