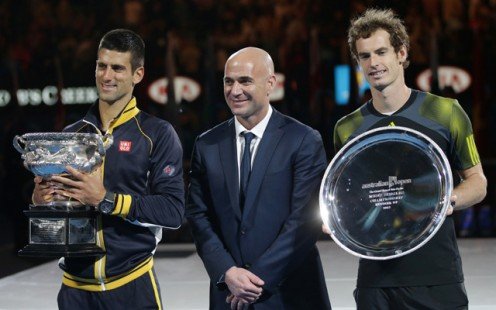 In Semifinals, Novak Djokovic will play with David Ferrer to reach finals and to defend his title. On the other hand Andy Murray will face Roger Federer.

Easy through to finals for Defending Champion Novak Djokovic, Ferrer of Spain was washed out off the Australian Open in Semifinals in three straight sets. Absolute domination of the World No.1 was seen.

Second semifinal was spectacular. It was between Andy Murray and Roger Federer, both went on one-on-one and finally the Andy ended up in ease in the final fifth set and knocked out the Swiss Master out of Australian Open 2013.