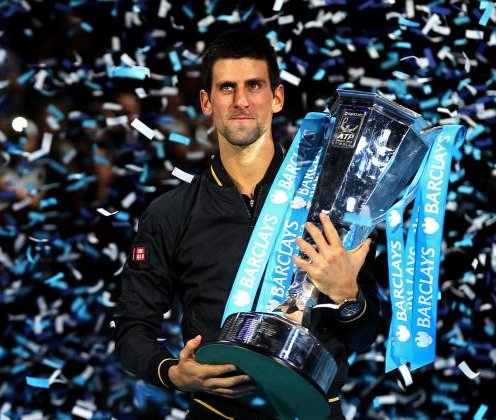 The U.S. Open kicks off this week with players competing for a record $34.3 million in prize money, up 37% over last year. The men’s and women’s singles champion will each pocket $2.6 million compared to $1.9 million for the 2012 winners Andy Murray and Serena Williams. It is a massive haul for two weeks work, but just a fraction of what the top players can make off the court from endorsements and appearances.

The 10 highest-paid tennis players in the world made a combined $60 million in prize money between June 2012 and June 2013, but they generated more than three times that much from endorsements, exhibitions and appearance fees. Leading the way is Roger Federer, who earned $71.5 million during that time, including $6.5 million in prize money.

Federer is a marketer’s dream. He has been at the top of the sport for a decade. He is handsome, graceful and has not sniffed any controversies of note during his career. He is European, but speaks English (and several other languages) perfectly. Federer also plays a sport that runs practically year-round, which keeps his name and image front of mind for many.

Nike is Federer’s biggest partner paying more than $10 million annually. “Nike has done an excellent job of using Federer in its advertising, ” says David Schwab, head of Octagon’s First Call unit, which helps companies pair celebrities with marketing campaigns. Schwab points to the campaigns around Federer’s record-breaking achievements (check out one of those ad spots here).

Other Federer endorsement deals include Wilson, Rolex, Credit Suisse, Mercedes-Benz and more. His latest agreement is a five-year pact with Moet & Chandon that is worth more than $30 million. Federer’s bank account got a big boost in December through an exhibition tour of South America. It was his first trip to the continent professionally and he earned $14 million for six matches across three cities (for more, see “How Rodger Federer Makes $71 Million A Year“).

Tennis’ golden girl, Maria Sharapova, ranks No. 2 with earnings of $29 million as the highest-paid female athlete in the world nine years running. Sharapova’s endorsement windfall arrived after she won Wimbledon in 2004 as a 17 year old. She added Porsche in April to an endorsement portfolio that includes Nike, Head, Sams ung Electronics, Tag Heuer and Evian.

Sharapova launched a candy business, Sugarpova, last year and plans to sell accessories under the Sugarpova brand starting this fall. The world’s third ranked player dropped out of the Open last week due to a shoulder injury, but her candy company got some attention when reports surfaced she was considering legally changing her name to Sugarpova–a move she ultimately decided against.

WHO ARE THE TOP 10 TENNIS EARNERS OF ALL TIME?