OSAA tennis: Inspired by brother, Sprague's Brent Wheeler goes after 6A title May 19, 2011 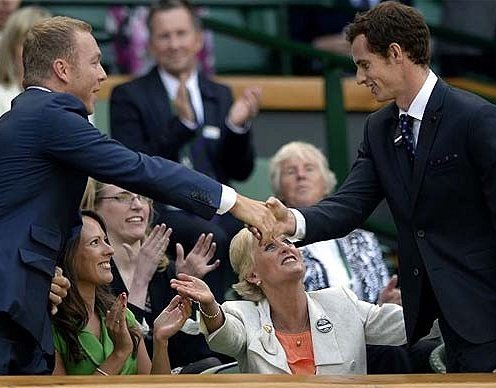 Wheeler's brother, Curt, won a state singles title for the Salem school in 2006. For the highly competitive siblings, it remains what separates the two.

“I've always wanted to get that state title, especially since my brother got one, ” said Brent Wheeler, who beat Jesuit junior Mark Mallory 6-2, 6-1 in a first-round match Thursday at Portland Tennis Center.

“I feel the pressure this year, but honestly, the pressure has pushed me. Everybody sees my brother and they think, 'Wow, what a great tennis player.' I hear from everybody how amazing he is.”

Brent has four district titles – two in doubles and two in singles – compared to one for Curt, who skipped his junior season to play baseball. But Curt's state title is the trump card.

It won't be easy. Wheeler is seeded second, and lurking on the other side of the bracket is the No. 1 seed, Glencoe senior Stuart Tierney. The only time the two played, two years ago in a junior tournament, Tierney won in straight sets.

“But we haven't played each other in a while, ” said Wheeler, who has yet to decide on a college. “I know if I can play well, I feel like I can beat anybody out there. I felt like I was in a slump at state last year. I'm way stronger mentally. I'm pumped to see what I can bring. I want to dominate.”