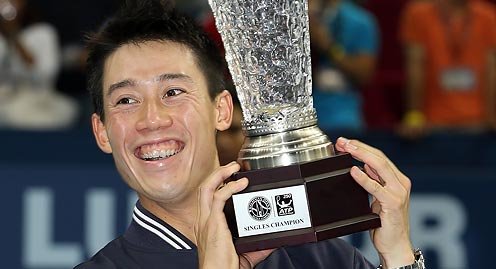 Dazzling riches and poverty on the ATP tour

We continue our discussion about prize money in tennis (see also TW edition 10/2014). The first part of our feature discussed the vast budgets at the disposal of the Grand Slam championships, but on this occasion, we are going to discuss the earnings of the simple “journeymen” of the global tennis circus.

How much does a “decent journeyman” earn on the men’s tour? What kind of income does he earn and how much actually ends up in his pocket? Let’s do the math. Fortunately, Benjamin Becker, ranked 40 in the ATP rankings, is quite happy to estimate what his actual earnings are for us along with our colleagues from the German monthly “Tennis Magazin”.

Benjamin, who is not related to the great Boris Becker, although he shares the same surname, is quite a modest man. He’s not one for sports cars or wearing a “flashy” Rolex. Although, based on his earnings, he could afford these items. His total prize money during his career is USD 3.5 million. But this 33-year-old pro from Saarland in Germany is sensibly looking to the future. After all, the end of this career is not that far off. But, in his own words, he still hasn’t managed to secure himself a comfortable living for when he retires. How come? Well, let’s start from the beginning.

In his time, Benjamin was a promising junior, but as he embarked on his professional career, he didn’t win any particular honours. The young German left for the United States where he attended Baylor University in Texas, majoring in Finance and International Business. At the same time, he competed in the university tennis team, leading them to victory in the national collegiate championship. But he stopped harbouring any thoughts of a proper professional career until a benefactor appeared and decided to sponsor Benjamin’s return to the professional tour. The famous coach Tarik Benhabiles, who had worked with Andy Roddick, became his mentor. “Without the financial support I wouldn’t have made this second attempt, ” Becker admits. Incidentally, his sponsor has already had a full return on his money. And more besides. When he took to the court again, the Saarland native felt much more confident. Indeed, at the US Open in 2006, Becker beat Andre Agassi in 4 sets, which was to be the last match in the brilliant American player’s career.

But let’s return to Becker’s days as a junior, when he received support to continue his career after not too successful a start. But very few are lucky enough to have such far-sighted benefactors. “Many talented players fall by the wayside because they’re not able to pay for travel to tournaments off their own racquet, ” says the German. “The prize money is too little in the lower categories of tournaments – Challengers and satellites.”