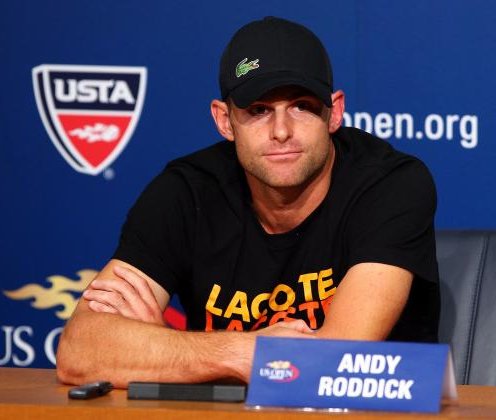 With one final missed shot in the fourth set, Andy Roddick fell to Juan Martin del Potro, ending not only his 2012 U.S. Open run, but also his 12-year career.

The match was anticipated to be his last, as the 30-year-old Roddick faced a younger opponent who was rebounding strong from a wrist injury and the crowd showed full awareness of what was at stake throughout the match.

The first match point that Roddick faced provoked a partial standing ovation from the crowd, though Roddick would hold and force another game. His post-match interview could hardly be called that, as ESPN’s Tom Rinaldi simply handed Roddick the microphone and asked no questions.

Roddick emotionally thanked the fans who had supported him, not just in the match but throughout his career. After poignant words and more than a few tears, Roddick walked up the tunnel for the last time as a professional tennis player.

The venue itself could not have been more ideal. Not only did Roddick retire on American soil, Arthur Ashe Stadium is also the site of Roddick’s only career Grand Slam title. He won the 2003 U.S. Open as a 21-year-old, the apex of what looked to be a promising career that was ultimately overshadowed by the greatest tennis player in history, Roger Federer and the most dominant trio of athletes to ever play the sport at the same time.

Federer, Novak Djokovic and Rafael Nadal all together have won 29 of the last 30 Grand Slam tournaments.

No tennis player is capable of succeeding without his or her own share of intensity, but Roddick seemed to embody the trait. He became notorious for his clashes with umpires and sarcastic press conferences, almost always fueled by his uncontrolled desire to win and crippling frustration when he could not.

Still, perhaps no moment summed up Roddick’s personality, his tennis career and his capabilities better than Wimbledon 2009. Coming into the tournament as a sixth seed, Roddick defeated Andy Murray in four sets to ensure himself a place in the final.

There, Murray would face Federer, the man who had risen to the peak of the sport while Roddick struggled to keep up. The match would be one of the greatest in tennis history, with Federer winning 5-7, 7-6, 7-6, 3-6, 16-14. It was the longest Grand Slam final in history.

It seemed that Roddick had practically willed himself to play on Federer’s near-untouchable level, as Roddick forced three tiebreakers in the match, all won by Federer. Ultimately, Federer would prove to be too good for Roddick; the separation between the two of them kept Roddick from becoming a truly iconic figure in men’s tennis. But match-to-match, Roddick was one of the toughest to play against.