Articles about the world of sports by Sam Thomas February 14, 2015 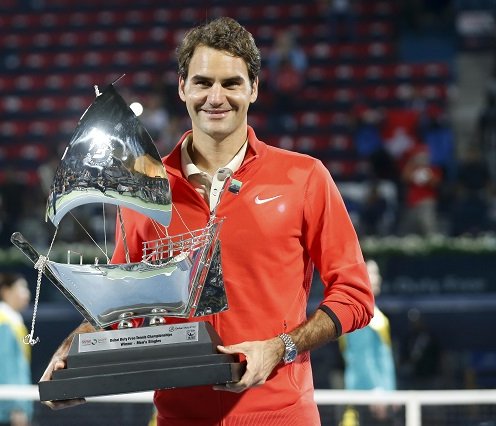 The 2015 Dubai Duty Free Tennis Championship gets underway this week with 2014 Roland Garros Finalist Simona Halep leading a field of players that features fourteen out of the top twenty players in the WTA rankings. The bottom of the draw is anchored by 2-time Wimbledon Champion Petra Kvitova, but there are dangerous players everywhere in the draw in an extremely strong field of players vying for the prestigious championship, the first WTA Premier 5 event of the season. Here’s a look at the draw:

Halep shares her quarter of the draw with 2014 US Open Semi-Finalists Ekaterina Makarova and Peng Shuai, as well as 2014 Tournament of Champions winner Andrea Petkovic. The quarter also features 2015 Hobart International Champion Heather Watson, 2-time BNP Paribas Open Champion Daniela Hantuchova and 2014 Sydney International Champion Tsventana Pironkova. Other dangerous players such as 2014 Japan Women’s Tennis Open Finalist Zarina Diyas and 2014 Collector Swedish Open Champion Mona Barthel also find themselves in this quarter. While Halep is the clear favourite in this quarter, her competition is more than capable of upsetting expectations for this tournament.

Halep is coming off Fed Cup duties for Romania this past weekend where she lead her country with two victories before Spain ultimately won the tie in a decisive Doubles rubber. Despite the disappointment in seeing her country lose its tie, Halep played much better in that tournament than she did in her 6-4, 6-0 loss to eventual 2015 Australian Open Semi-Finalist Ekaterina Makarova in the quarterfinals at this year’s Australian Open. The fact that she is showing improved play once more should bode well for her chances this week in Dubai, and for the rest of the season. Halep has already won the 2015 Shenzhen Open this season, and the end of the day, she did no worse this year in Melbourne Park than she did in 2014. If she continues to play at a high level, there is no reason to believe that she’ll fail to do well in this tournament.