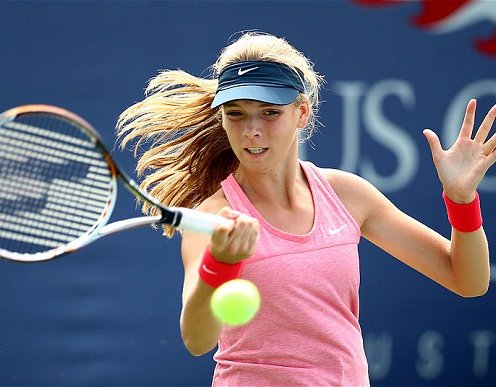 Derek Sawer of General McLane and Jake Labonte of McDowell were two of the first-day winners after Monday’s matches in the 2014 City Rec Junior Tennis Tourament. Play was originally scheduled for the Frontier Park courts, but was moved indoors to Pennbriar Athletic Club because of inclement weather.

Labonte advanced when No. 3 seed Mike Siegel of Fairview withdrew from their match because of an undisclosed illness. The Trojans’ sophomore-to-be drew Quinn White as his quarterfinal foe.