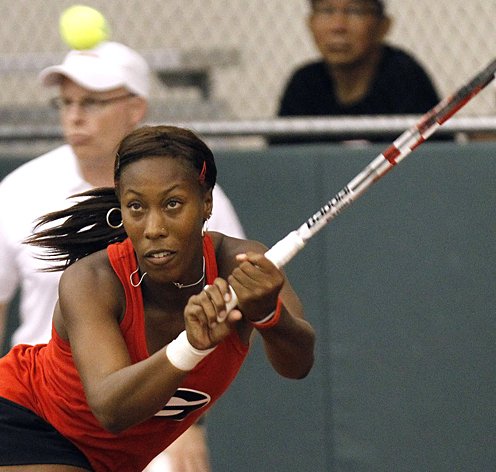 The short set format
We are experimenting with a different match format at Regents Park. In this busy centre, courts are bookable for only an hour at a time. To make it easier to complete matches, we are using short set tennis.

A short set is played to four games instead of six.

If the matches goes to is played. A match tie break is played like a normal tiebreak, but is played to 10 points rather than 7)
The player who received serve at the end of the previous set serves first in the tie-break.

Players who complete three or more matches by the mid-point of the round receive 2 bonus points, and a free can of balls which we will post to you.