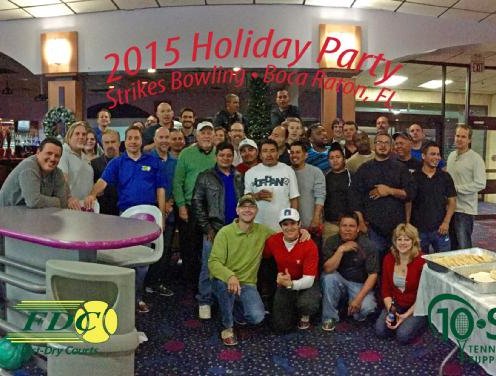 “We are thrilled that 10-S Tennis Supply and Fast-Dry Courts have agreed to be the title sponsor of the Grand Prix in 2007, ” said John Joyce, Florida Division President and Tennis Director at Boca West Country Club. “10-S and Fast-Dry have been long-time supporters of the USPTA and our Grand Prix series. We look forward to there participation with the tour on both an educational and promotional level”. Stephen C. Dettor, President of 10-S Tennis Supply and C.O.O. of Fast-Dry Courts commented “We really believe in the Florida Division of the USPTA and the Grand Prix series. This sponsorship helps us support our most important customers and a very influential organization. We look forward to participating in all the tournaments this year.”

The USPTA Florida Division’s Grand Prix Circuit will begin its twenty-second year in 2007. The circuit offers the tennis-teaching professional an opportunity to continue his or her playing career and allows the tennis playing public to see the teaching professional as an active tournament player. The Grand Prix Circuit consists of a series of tournaments with the top players qualifying for a season-ending Master’s event. The 2007 circuit includes stops at the Delray Beach International Tennis Championships in Delray Beach; Broken Sound Club in Boca Raton; Ibis Golf and Country Club in West Palm Beach; the Naples Grande Resort in conjunction with the annual division convention; Shadow Wood Country Club in Bonita Springs; and Oceanside Country Club in Ormond Beach. The circuit concludes with a Master’s event at Isleworth Country Club in Windermere.

Tennis 10s - The Rules are Changing

10 and Under Tuesday: Changes to rules coming

10 and Under Tennis - The Rules Have Changed.wmv