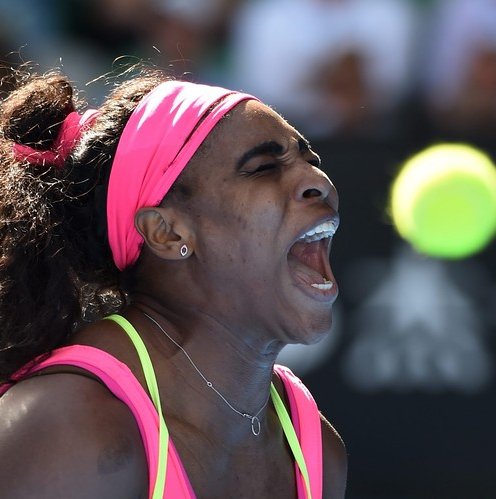 The second-ranked Sharapova needed 10 minutes to hold in her opening service game, fending off two break points. She responded to the only service break against her in the first set by winning six straight games and seizing control of the match from the 10th-seeded Makarova, who had taken only one set off her in five previous matches.

She will next meet the winner of the all-American semifinal between top-ranked Serena Williams and 19-year-old Madison Keys.

Sharapova won the Australia Open title in 2008 but was comprehensively beaten in the championship matches in 2007, by then-unseeded Williams, and in 2012, by Victoria Azarenka.

The five-time major winner opened the 2015 season in confident style by winning the Brisbane International title but had a close call in the second round here, having to save match points against No. 150-ranked Russian qualifier Alexandra Panova. Since then, she hasn't faced a set point.

"It's been a strange road for me to get to the finals, but I'm happy, " said Sharapova, who is now into her 10th Grand Slam final. "Came from behind in a few, really behind in one - saving match points. I felt like I was given a second chance. I just wanted to take my chances."