The Australian Open Has Banned The Selfie Stick May 30, 2015 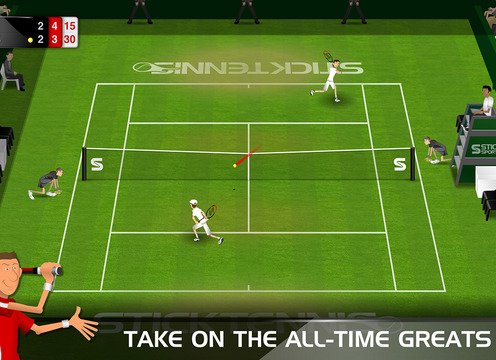 Organisers of the 2015, which begins today in Melbourne Park, have done the best thing possible by banning the courtside use of selfie sticks, those disturbingly popular poles which supposedly make it easier to take a selfie.

The organisers’ reasoning isn’t based on the fact that selfie sticks look weird or make it even more obvious that you’re looking at yourself, but that they will distract players during matches.

According to the, the Aussie Open is the first grand slam tennis event to put a ban on courtside selfie sticks. Hopefully other events, venues and possibly even humankind will learn from their example.

That said, a number of special “selfie zones” will be located around Melbourne Park for the duration of the competition, for people to relieve themselves pre- or post-match. There’s even a hashtag – #aoselfie - if you’re ready to go about taking selfies safely.

There’s no official word on exactly what Australian Open organisers and security staff will do when faced with an over-eager selfie stick owner sitting courtside. They will likely be cautioned or asked to leave if they become a repeat offender; snapping the sticks in half might be a little too forceful.

As the Herald Sun pointed out in a recent tweet (below), it’s slightly ironic that selfie sticks are banned from matches given that organisers have used them in the past to promote the tournament.

Around 750, 000 tennis fans are expected to make their way through Melbourne Park over the next two weeks, with the tournament wrapping up on 1st February.

uses selfie sticks to promote the event, then bans them courtside!

Spirit crushing. There will come a time where it will be legal to beat people people to death with their selfie sticks.