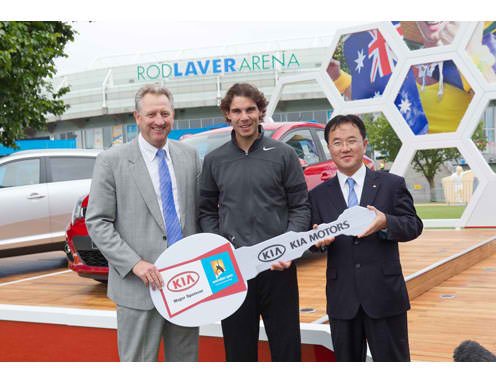 reporting from on the ground at the Australian Open through a legitimate voice.

An integrated social competition was created partnering with Channel Seven and its online offering of Yahoo!7.

The game ‘Kia Big Shot’, hosted on mobile app Fango, ran for three weeks before and during the tournament. The competition was structured in such a way that it motivated people to keep returning to the game on a daily basis.

The prizes for the three winners of the competition were three Kia cars. The game was based on the popular game Pong and allowed users to compete with their Facebook friends. The more they played, the more entries they accumulated towards the final draw. The game was integrated into social media, ensuring players could share their scores with friends, raising the awareness of the competition beyond the Yahoo!7 and Kia channels. The game was also promoted on air through the Seven Network, both live in broadcast during the tennis, as well as through dedicated TV spots.

X-Men Save the Australian Tennis Open with Kia Sorento and ...