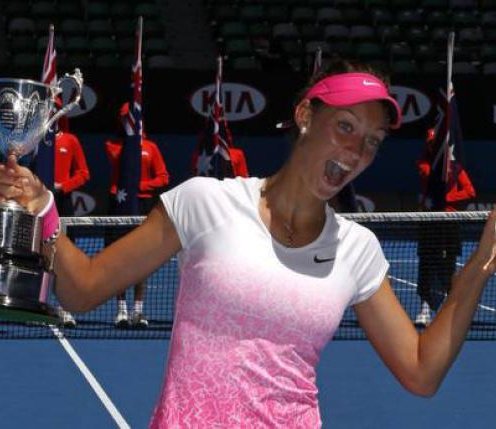 The Bristol teenager lost 6-1 6-4 as she struggled with a leg injury on Rod Laver Arena.

Swan, 15, was hoping to become the first Briton in just over 30 years to claim the title since Annabel Croft’s victory in 1984.

It was another disappointment for the British team, as Swan joins Laura Robson as a girls’ runner-up in Australia.

Robson, who sent Swan a message of support before the match, also made the 2009 and 2010 finals.

"Obviously my best tournament I've ever played. I'm really pleased with the way I've been playing this week. I hope that there are a lot more tournaments like this for me, " she added.

She reached the final after a dramatic win over Hungary’s Dalma Galfi, but in the course of the mach was plagued by cramp and required lengthy treatment following the bout.