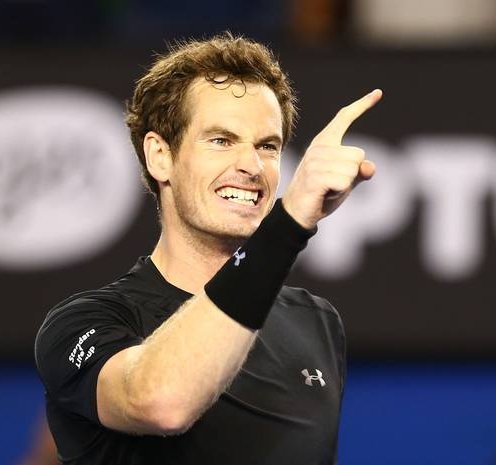 Andy Murray, the grim reaper. Don't play him; he'll finish your career. Perhaps Roger Federer is beginning to feel that way after losing his last three matches against the Scot - then again, probably not. Unfortunately for Andrei Pavel it appears his first round defeat by Murray was indeed his last stand.

Pavel had been suffering, on and off, from back trouble for the last eight years and travelling the world with a physio in tow. The problem became so serious shortly after the Australian Open last year that he almost quit there and then. In February his doctor told him to stop altogether, though by October Pavel made the decision to play the slams for one last year.

But after 45 minutes against Murray, and 6-1, 3-1 down, Pavel knew he could not go on. Just before the match began a red helicopter flew over the Rod Laver arena. Someone suggested the Romanian had called the flying doctor. Would he retire now? He nodded. "I don't want to damage my health, and I've played enough tournaments."

One day Andy Murray may feel that way too. For the moment though, the tennis world is as fresh as mountain dew, with seemingly infinite possibilities. Given the way he plays, making his opponent's run around to the point of screaming distraction, he may end a few more careers during the next decade. And this was not the first time. "I beat Neville Godwin in a challenger in Manchester. That was the last match he ever played." And he could not stop himself grinning.

So did the role of grim reaper sit easily upon him? " I wouldn't say that - just yet". More laughter, but underneath the frivolity ran a seam of seriousness, of absolute professional intent and ambition. Murray has a steely eye fixed on a grand slam victory, while if things fell his way this year it is just about possible he could become the world No1, even without winning a major.

But that would depend on the failure of Novak Djokovic, Federer, and Rafa Nadal. Clearly Murray would rather reach the top by his own prowess rather than by the failings of others. And after only 45 minutes of back-assisted success so far, all such talk must appear to many as altogether premature. Tim Henman's chances were blown out of all proportion far too many times in a rage of patriotic mania. But Murray is a quite different animal to paper Tiger Tim. Quite simply, he is a far, far better player in almost every respect.

Pavel readily acknowledged that everybody within tennis has high expectations of Murray, and he believes he can handle this. Federer, Nadal, and Djokovic are all a little edgy around Murray now. None wants to admit that his progress has been sharper than any of them over the last six months, with Federer resorting to the 'Rafa and I have won 18 slams between us, and he has none' type of argument.