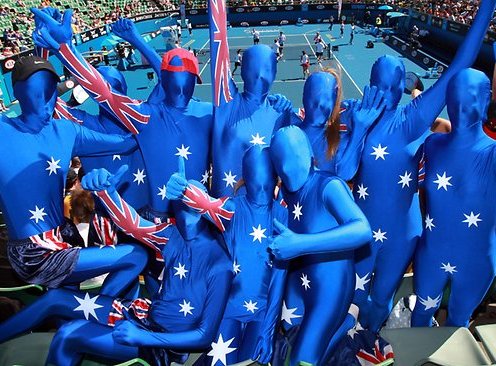 The 2015 Australian Open will continue from Melbourne on Thursday with the start of the third round Friday morning in Australia. There will be plenty of notable action with several top seeds in both the men's and women's draws set to take the court. That includes Roger Federer and Rafael Nadal who will both take to the court.

The No. 2-seeded Federer will face Andreas Seppi in the third round. Federer has looked to be in good form early in the tournament, losing only a single set. He lost the first second of his second-round match, but rebounded to advance 3-6, 6-3, 6-2, 6-2. The 30-year-old Seppi will be an underdog against Federer, but has already pulled a minor upset as he defeated No. 29 Jeremy Chardy in the second round. No. 3 Nadal will play in one of the late matches. He's scheduled to play Dudi Sela in the second round. Nadal had some trouble even making it thus far as he needed five sets to advance past Tim Smyczek in the second round. He eventually came away with a 6-2, 3-6, 6-7, 6-3, 7-5 win.

The No. 2 and 3 seeds will also be in action on the women's side. No. 3 Simona Halep will face American Bethanie Mattek-Sands in one of the afternoon matches. The two will take the court in the third match at Margaret Court which are scheduled to begin at 11 a.m. local time. Later in the day, No. 2 Maria Sharapova will face No. 31 Zarina Diyas. The 27-year-old Sharapova has won four of five sets thus far.

Tennis Channel and ESPN2 will once again combine on coverage in the United States. Tennis Channel coverage will begin at 6 p.m. ET and continue until 11 p.m. At that point ESPN2 will pick up the coverage which will run through the night and into Friday morning. ESPN3 will have live streaming coverage.

Here is a complete look at the Day 5 schedule.

No. 2 Roger Federer vs. Andreas Seppi

No. 3 Rafael Nadal vs. Dudi Sela

No. 6 Andy Murray vs. Joao Sousa

No. 7 Tomas Berdych vs. Viktor Troicki

No. 10 Grigor Dimitrov vs. Marcos Baghdatis

No. 3 Simona Halep vs. Bethanie Mattek-Sands

No. 7 Eugenie Bouchard vs. Caroline Garcia

No. 12 Ekaterina Makarova vs. No. 22 Karolina Pliskova