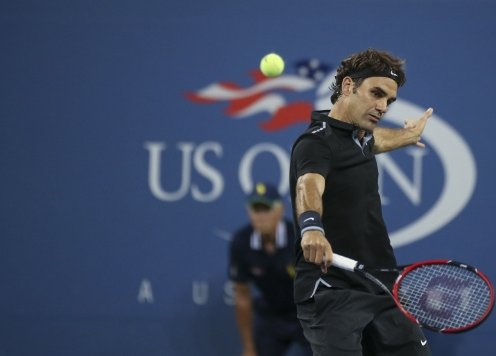 The last two Australian Open champions face off on Friday for a spot in the final down under in Melbourne. Defending champion Stan Wawrinka will battle four-time winner and top seed Novak Djokovic in the second men's semifinal match on ESPN.

Djokovic has not yet dropped a set in the 2015 Australian Open, looking to become the first five-time champion of the event in the open era. The No. 1 seed won his first Australian Open in 2008, then won three straight from 2011-2013 before falling in the quarterfinals in 2014 to the eventual champion Wawrinka, who won a classic five-set match, winning the final set 9-7.

This is the 25th grand slam semifinal for Djokovic, who has reached the final four in 18 of the last 19 tennis majors.

Wawrinka won his first grand slam at the 2014 Australian Open, and this is his third grand slam semifinal. He also reached the semis in the 2013 U.S. Open, falling to Djokovic in five sets in the penultimate round. Djokovic is 16-3 all-time against Wawrinka, including 3-1 in grand slam matches.

ESPN's coverage begins on Thursday in the United States with an encore showing of the first men's semifinal, showing No. 6 Andy Murray and No. 7 Tomas Berdych at 2 p.m. ET on ESPN2. Djokovic will take on Wawrinka on Friday morning, Eastern time.