Serena Williams keeps rolling through US Open draw May 5, 2017 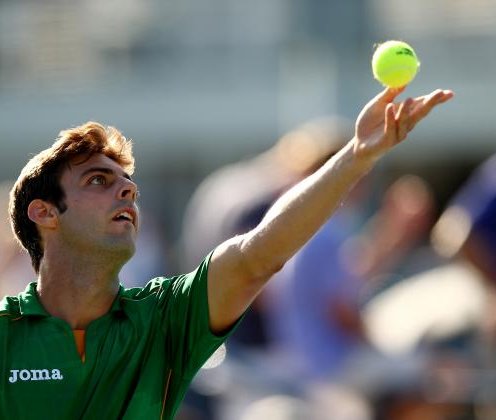 The other top women’s seeds have fallen by the wayside at the U.S. Open, as have all of the various American flavors of the month. But none of them include two-time defending champ Serena Williams, who has marched past all of them and into the second week in Flushing Meadows.

Every other American woman has lost, and all the other top seeds have been upset. But Williams made sure she didn’t end up the same way. She got tested for the first time in this tournament by fellow American Varvara Lepchenko, and aced it with an emotional 6-3, 6-3 fourth-round win.

“I had to make some adjustments, but my coach gave me some excellent advice on playing in the wind, ’’ Williams said. “My opponent was spectacular. It was really a good match, and it just shows how far Varvara has come. She really raised her game an unbelievable level. I just tried to hang in there, tried to remember what I needed to do.’’

Williams needed to deal with gusting winds and a game left-hander she just practiced against before the tournament started, but she found a way to fight her way into the round of 16, which suddenly is settling up perfectly for her, the only top-10 seed left in her quarter of the draw.

“I don’t know. I’ve been a casualty this whole year at Grand Slams. I’m just hoping to keep staying in there. So far. Key word, ’’ said Williams, who wore a pink leopard print that fittingly matched her victory music, “Roar” by Katy Perry.

After seeing No. 2 Simona Halep, No. 3 Petra Kvitova, No. 4 Agnieszka Radwanska, No. 6 Angelique Kerber and No. 8 Ana Ivanovic ousted — and the draw open up like the Grand Canyon — Williams survived and advanced to a date against Kaia Kanepi, against whom she is 3-0.

Only one woman has ever managed three straight titles at Flushing Meadows in the Open era, when Chris Evert ran off four straight from 1975-78. And if Williams plans to three-peat, she will have to play her best tennis of a heretofore-confounding season.