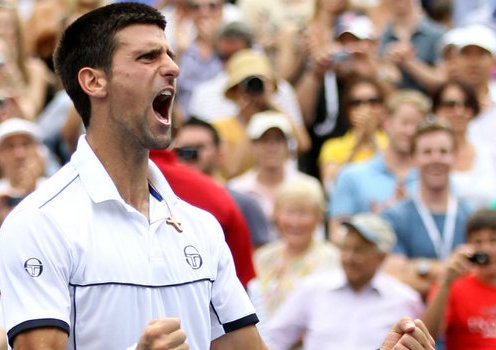 NEP SS18 is central to Sky Sports’ US Open coverage

The UK’s Sky Sports is once again calling NEP’s SS18 OB unit home to Chris Sandeman, US Open tennis production manager and his team. Sky has more than a 20 year relationship with the tournament, which it has been broadcasting since 1991. The primary coverage relies on signals from the world feed, which is handled by CBS Sports as the US network has domestic over-the-air rights and handles host broadcast feeds of the courts.

Sky Sports has two studios with the primary location overseeing the practice courts, an ideal location that definitely says tennis and oversees some of the smaller courts. “We have a minimalist style with two RF cameras wandering the site and one of those is on a Steadicam, ” says Sandeman. Two new toys in use by Sky Sports is the RT Software tOG-Sports Lite telestrator system and the Dejero Live+, a platform for cellular-based ENG signal delivery. The TOG system is a new touchscreen analysis tool that allows the analyst to use an iPad to telestrate. “They can describe a play on the iPad and then the monitor mimicks that play so the viewer can see it, ” says Sandeman. “It is simpler and more affordable than other systems.”

The Dejero Live+ system is a small case that ties together SIM cards on different cellular carriers to provide a robust transmission path without the need for RF or microwave. “The Dejero Live has two SIM cards on each of the cellular networks so we use it to cover the practice courts during the first week, ” says Sandeman. During the quiet second week the cameras will be deployed to Manhattan, located about 25 minutes from the Billie Jean Tennis Center, to get images of the big city in action. Sky Sports was also experimenting with a Dejero Live+ app for the iPad that uses the same technology as the Dejero 20/20 transmitter to send signals back to a broadcaster’s existing Dejero infrastructure.