Three dogs are ball boys in a Venus Williams tennis match May 30, 2015 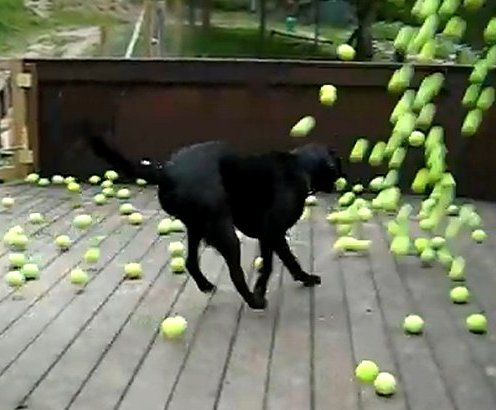 It makes total sense — why use humans to fetch balls when dogs can do it better?

As Venus Williams took on two-time Grand Slam winner Svetlana Kuznetsova in a friendly match in Auckland, New Zealand at the ASB Classic, the ball boys were of the canine variety. A rescued Bull Mastiff named Oscar, a Border Collie named Ted and a Jack Russell/Norfolk Terrier/Miniature Schnauzer mix named Super Teddy took to the court decked out with sweat bands on their legs.