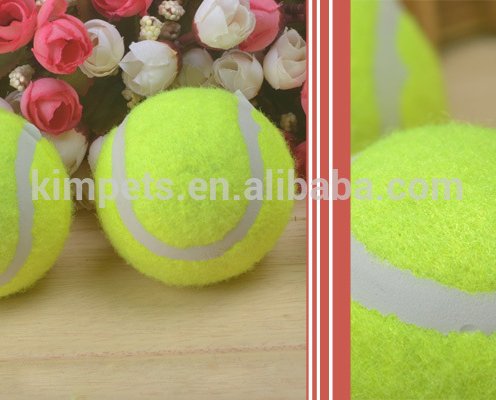 Okay My one cat Copper loved this toy! I would throw it around outside for him and he would chase it down and bring it back to me like a dog, but my other cat Kitty could not be bothered with it. It is to heavy for everyday play. I bought this in time to bring my adopted 2-year old cat home. She didn't touch it at first, but after she settled in, she loved it. The material lets her scoop it up with a claw and toss it to chase after. She likes to hide, let me throw the ball, then pounce out after it and kick it around. The bell really gets her attention when I shake it. It gets a little fuzzy as she plays with it, but that just seems to make it easier for her to grab. Would buy more if it ever falls apart, though it doesn't look like it's going to. Before we brought home our newly adopted kitty who is 3 years old we picked one of these tennis balls up at the store (not knowing how playful she is) but she loves it! (when shes in a playful mood) and she loves the little rattle noise inside!

Would not purchase, will not recommend I have to agree with the previous person and I wish I had read the review before purchasing. Expected, as anyone that reads "balls" (plural), 3 balls, not one... and the one that I received did NOT have a bell in it. NOT worth what it would cost to send it back... VERY disappointed!