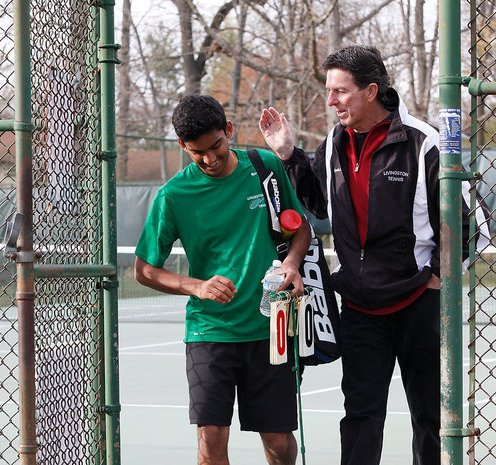 Showing his confidence in the depth of his bench last Friday, Millburn Varsity Tennis Coach Bill Wickenheisser played a full lineup of subs against Caldwell — and they still collectively gave up only five games on all five courts.

Next off the court for Millburn was Darren Ting at second singles, who shut out Peter King.