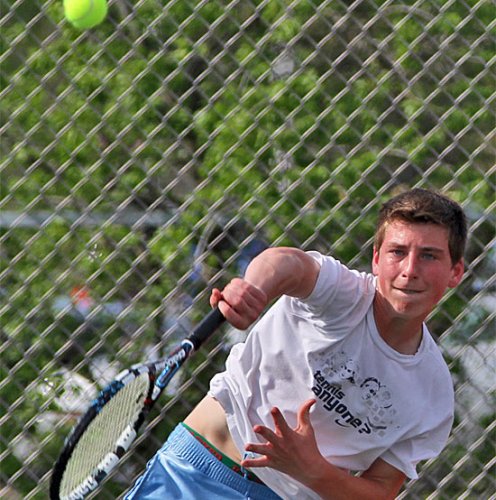 A look at five things to watch in high school tennis and golf:

The Islanders are younger and less experienced, but should challenge for an unprecedented 30th state team title. The school has won three in a row and 11 of 14 Class 3A crowns since 1998. They were also state runners-up in 4A in 1993.

“We can do it again, but it won’t be easy, ” said coach Mindy Blake. “Seattle Prep and Bainbridge are tough competition, as well as schools from Eastern Washington. We are extremely motivated and hardworking. I am blessed with dedicated, gifted athletes (who) take their tennis seriously.”

Chelsea Bailey graduated and now plays No. 2 singles for Wisconsin-Milwaukee.

Islanders junior Nora Tan is one of the top players in the state. She teamed with Kelly Crandall last year for a runner-up state finish in doubles. Twins Lydia and Gabby Venditti are among the team’s strong freshmen.

“We are in the toughest district in the state, so just getting bodies into the state tournament is a feat in itself, ” Blake said.

The 3A state tournament is May 25-26 in Kennewick.

2 Expect a crowded leaderboard in 4A boys golf.

The state tournament could be a wild one. Just ask Eastlake junior Li Wang, who was fourth in 2010 and runner-up in 2011.

Of the top 26 finishers last year, 20 return. That group includes champion Dominick Francks of Olympia (70-71 — 141), a three-stroke winner over Wang at the Creek at Qualchan Golf Course in Spokane.

“It’s definitely going to be a really good field, like it always has been, ” said Wang, who shot 71-73 — 144 last year. “I know I need to get my game strong and ready for state. No one is going to hand it to you. You have to go earn it. It’s definitely one of the bigger tournaments, because there’s so many guys from all around the state.