Former Coach Kniffen Inducted into ITA Hall of Fame May 21, 2015 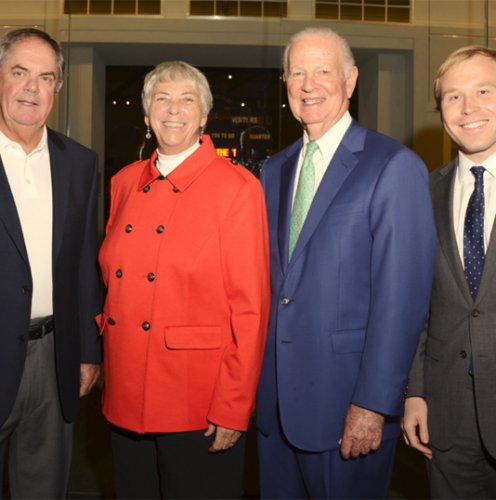 Fred Kniffen, a tennis icon in Tyler and throughout the nation, was included into the Intercollegiate Tennis Association Men's Collegiate Tennis Hall of Fame during a banquet and ceremony on Wednesday at Baylor University in Waco.

Kniffen, a noted player at the high school and collegiate level, led both Tyler Junior College and The University of Texas at Tyler to national championships as head coach.

The ceremony was held as the NCAA Division I Men's and Women's Tennis Championships were going on at Baylor.

Kniffen was a standout player at Hardin-Simmons University.

Besides the team championships, Kniffen coached Ken Olivier to the NAIA singles championship in 1989 and the duo of Olivier and Chris Harris to the doubles title that same year.

TJC inducted Kniffen into its athletic department Circle of Honor in 2001.

Kniffen also was a member of the inaugural UT Tyler Athletics Hall of Fame class in 2012.

Under Kniffen's leadership, the Patriots tennis teams won the NAIA District 4 Championship every year. In 1987, Kniffen was named the Wilson National Coach of the Year.

Kniffen was honored with induction into the Texas Tennis Coaches Association Hall of Fame in 1993.

He has served as vice president of the Texas Professional Tennis Association and was named the organization's Outstanding Tennis Professional in 1971. The TPTA also honored Kniffen as its Coach of the Year in 1984.