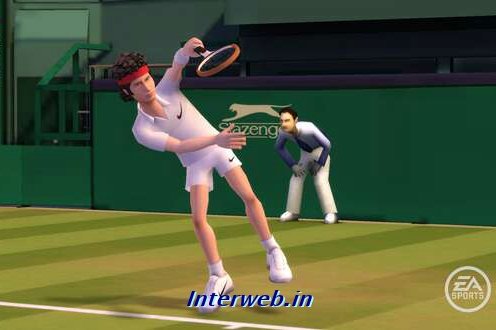 When EA Sports shipped Grand Slam Tennis for the Wii in June 2009, using the just-released Wii MotionPlus adapter, then EA Sports chieftain Peter Moore had already acknowledged some months earlier that its titles were underperforming on the Wii. That's why it was surprising when the HD port was "delayed indefinitely" the following month. Now, some two years later, EA Sports is announcing Grand Slam Tennis 2 for Xbox 360 and PlayStation 3 (with Move!) with nary a Wii SKU in sight.

The game's major distinguishing factor appears to be Wimbledon. The press release trumpets that Grand Slam Tennis 2 "will feature all four Grand Slam championships and is the only game to feature Wimbledon." Other features include "Total Racquet Control, " which lets you use the right analog stick in lieu of button controls, and "Legends of Now and Then, " which lets you "play with or against more than 20 of the greatest players to ever grace the courts" including Grand Slam Tennis-exclusive John McEnroe.

If you're wondering which month to mark off in your Hunks of Pro Tennis 2012 calendar, there's some bad news. With a general "2012" release window, you'll be circling all of them. The good news: That's a lot of hunks.