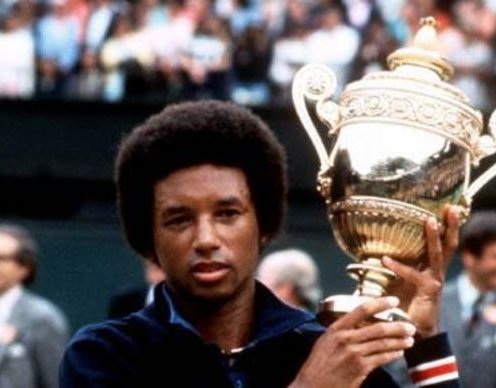 Steffi Graf’s Open era record of 22 is the next significant milestone, and there is no reason why Williams, 33 next month, cannot equal that in the not too distant future.

As well as the magical 18, Williams also won a third straight title at the same slam for the first time and claimed her sixth US Open crown, 15 years after her first.

“It means a lot to me, ” she said. “I just could never have imagined that I would be mentioned with Chris Evert or with Martina Navratilova, because I was just a kid with a dream and a racket.

“Living in Compton [southern LA], this never happened before. And then it was eluding me for three tournaments. That’s a lot for me. I was really excited to get it. It was definitely [weighing] on my shoulders.”

The emotion for Williams was clear during the on-court ceremony as she struggled to hold back tears before being presented with an 18-carat gold bracelet by Navratilova and Evert to mark her achievement.

The world No1 moved to within one of the pair at Flushing Meadows 12 months ago but this year faltered surprisingly three times trying to get there.

At the Australian Open, French Open and Wimbledon she did not make it past the fourth round, and when she was whisked away from the All England Club after her bizarre doubles display – when she and sister Venus scratched after Serena had trouble getting her serve over the net – a US Open title looked a long way away.

Williams said: “I definitely did not think I was going to win a slam this year. And I even said: ‘I’m ready to start next year already. Let’s put this behind me.’ ”

Not only did Williams win the title, she destroyed the opposition, not dropping more than three games in any set.

Her friendship with Wozniacki remains firmly intact, though, and the pair were planning to celebrate and commiserate together on Sunday night – with the drinks on Williams.

They have grown closer this summer, with Williams helping Wozniacki to get over the shock of her split from the golfer Rory McIlroy during a week’s holiday together in Miami.

Wozniacki, who was playing in her second grand slam final five years after losing it to Kim Clijsters, had pushed Williams close in Montreal and Cincinnati last month.

Both began nervously but Wozniacki lost four of her first five service games and never looked like finding a way back.

The 24-year-old did manage to lift her game in the second set but so did Williams and the fact Wozniacki only managed to hit four winners – three of which were aces – compared to 29 for her opponent told the story of the match.

Wozniacki said: “When she’s on her game, it’s not fun to play her. She’s so strong. She has a good serve and she puts pressure on you straight away.

“I went out there and I was a little nervous. I had a game-plan in mind, but it was difficult at the start. I tried to push her back, but that really didn’t work for me. She really just stepped in and she was playing aggressive. She was playing better than me today.”

Wozniacki insisted the pair’s friendship did not affect the match and priased Williams’s phenomenal achievements.