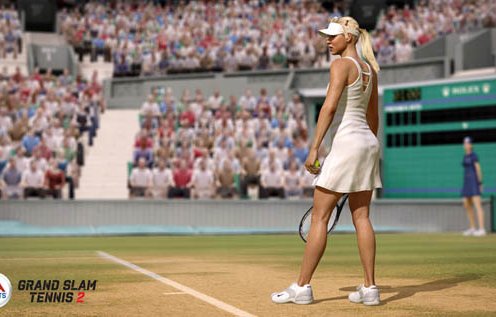 At the beginning of the 2014 season, Serena Williams was poised for continued success at the majors, having won two Grand Slam titles and the year-end WTA Tour Championships the previous season. It seemed nothing could stand in her way of extending her legacy. But as the year wore on, Williams came up empty-handed in 2014’s first three majors. The US Open was her last shot at major glory.

Luckily for her, six months of hard work had finally started to pay off by summer, as she won two lead-up events in Stanford and Cincinnati. By Day 14 of the US Open, she was back in a major final for the first time in 12 months and in peak form against No. 10 seed Caroline Wozniacki.

An hour and 15 minutes in, Williams had reached her comfort zone, holding championship point. Seconds later, with a collapse to the court and a tearful celebration, her brief Grand Slam title drought ended, as the top-seeded Williams successfully defended her US Open title with a 6-3, 6-3 win, adding an 18th Grand Slam title to her storied career.

“It was such a wonderful feeling, ” Williams said after the win. “It is a pleasure for me to win my first Grand Slam at the US Open and now win No. 18 here. It’s so emotional for me. I couldn’t ask to do it in a better place.”

When the 2014 US Open began, critics had begun to wonder if the season would end with a Slam-less Williams. The American made early exits in the fourth round of the Australian Open, the second round of Roland Garros and the third round of Wimbledon. It had gotten to the point where even Williams herself had begun to have doubts about her fate.

Thanks to a favorable draw at the US Open, Williams’ road to the title was wide open. Not once did she have to face a Top 10 seed until the championship match, and of the players in her half of the draw who could potentially test her, such as Victoria Azarenka, Genie Bouchard or Petra Kvitova, all were knocked out early, thanks to unexpected upsets.

@Chris Stevens: Kokkinakis wins in 4 sets, his firs grand slam MD win outside of Australia, this new breed of Aus tennis players can win on the clay #RG15 Mon, 25 May 2015 03:29 PM