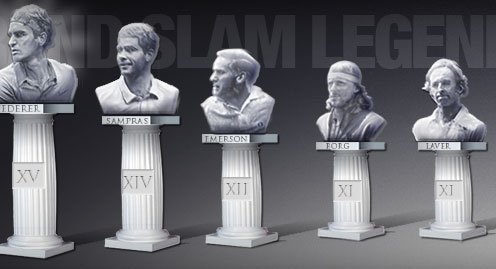 There is a seemingly endless number of obscure tennis tournaments held around the world each year but in the eyes of any real punter there are only four tournaments that mean anything. The Australian Open, the French Open, Wimbledon and the U.S. Open make up the most prestigious tour circuit of all: the Grand Slam Tournaments.

You often hear the leading players say they cater their training loads to peak for the grand slam tournaments and in turn some like Serena Williams have brilliant records at the majors. While it is well and truly possible to grind out a winning year as a punter on the tennis circuit, it is during the grand slams when the most money passes between bettors and the bookies.

While much of the attention is on the men and women’s singles crown at the grand slams, each tournament on the Grand Slam tour also includes men’s doubles, women’s doubles and mixed doubles events.

The 2016 Australian Open is set to eclipse the $40, 000, 000 mark in prize money, making it the third richest tournament on the calendar behind Wimbledon and the US Open.

Since the tournament became an open event to professionals in 1969 there have been some great names to win the tournament, none doing better than current day champ Novak Djokovic. He has dominated the men’s singles with five tournament wins, three of which were consecutive.

For the women’s singles Australian’s own Margaret Court managed to win 11 titles both before and after 1969. Court strung together seven consecutive titles before ’69 and another three consecutive titles after ’69. However exclusively in the modern era, Serena Williams holds the record for most titles at six.

What is now known as the French Open started in 1891 as a National tennis tournament in which only members of French tennis clubs could enter. From there the tournament evolved over the years and in several different forms to eventually solidify itself until 1968 when the competition became an open event for both amateurs and professionals alike.

Since its open status Rafael Nadal has dominated the French Open and relished the clay court claiming nine titles, winning all but one title between 2005 and 2014. For the women, Chris Evert is the most successful claiming seven titles between 1974 and 1986.