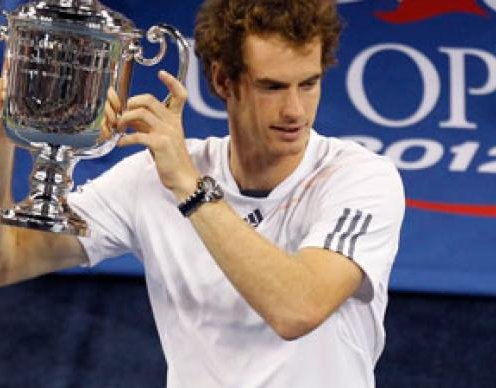 But this result will arguably have a greater impact on his career and the future of tennis in the United Kingdom. Murray lost his first four Grand Slam finals – an Open era record he shares with Coach Ivan Lendl – but like the Czech he has triumphed at the fifth time of asking.

While it is a dream of his to win Wimbledon the British number one has long been tipped to make his breakthrough at Flushing Meadows. He was the boys’ singles champion there in 2004, hard courts are his favourite surface and he enjoys the atmosphere in New York. Murray is unlikely to ever forget the atmosphere inside the world’s biggest tennis arena as he celebrated his success. A swirling wind made conditions troublesome for both players, but it was Murray who coped better in the first two sets.

After early breaks were exchanged, Murray struck again before moving 4-2 ahead following a game that included a 54-shot rally. Djokovic rallied to force a tie-break, yet his opponent showed greater belief and converted a sixth set point with 87 minutes on the clock. Murray roared with delight and carried his momentum into the second set, breaking an out-of-sorts Djokovic twice for a 4-0 lead.