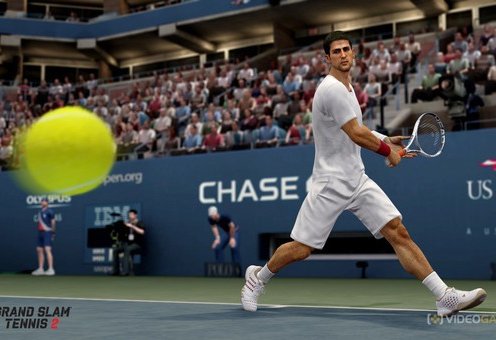 What happened: At the moment of victory, Williams wasn't sure whether to "laugh, cry, scream or jump", so she ended up doing all four. The youngest of the Williams sisters was the first of the pair to score a major, and no one can say that the 17-year-old won a 'soft' title. On the way to the final, Williams had defeated the likes of , , and , and then in the all-teenage title match she had to fend off an opponent who had already experienced winning Grand Slams. At 5-3 in the second set, Williams had a couple of championship points, which she didn't convert, and suddenly Hingis was playing her best tennis of the match. But a voice in Williams' head was telling her: "Serena, this can't happen, you have to think positive things." Williams listened to that voice.

What her opponent said: "You can't push the ball back at Serena - she just kills it. It was terrific tennis."

What others said: "This is my proudest moment - words cannot express how I'm feeling, " Williams' father, Richard, disclosed.

The statistic of the match: Williams became only the second African-American woman to win a Grand Slam title, the other being Althea Gibson, whose last major had come 41 years earlier, in 1958.

A memorable moment: Minutes after Williams left the court, she took a call from Bill Clinton and his daughter Chelsea. "I thought for sure my day couldn't get any better, and the next thing I knew someone was telling me, 'The President of the United States wants to talk'. I was thinking, 'Wow'."

What happened: Two and a half years had passed since Serena's first major title; this was her showing, with victory over Venus, that she wasn't "a one-hit wonder". For the first time, the sisters, housemates and dearest friends, met in the final of a Grand Slam tournament, and both seemed tense and on edge, and the result was a match of an uneven quality. "I think that both of us wanted to win so much that we were a little tight out there, " Serena said. "There were so many ups and downs, especially in the first set. We kept breaking each other and at some point, I really thought, 'Oh, gosh, our father is not going to be happy to see us play like that.'" This victory in Paris would prove to be the first leg of what became known as the 'Serena Slam' - the younger sister would go on to hold all four majors simultaneously.