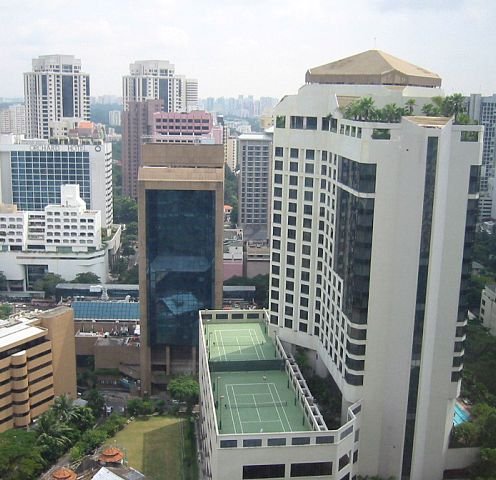 Novak Djokovic is back in the Wimbledon final for a third time. The Serb outlasted a feisty Grigor Dimitrov in four sets yesterday to reach his 14th career Grand Slam final.

Djokovic, though, hasn’t won a Slam since the 2013 Australian Open, losing all three finals since. In the final he’ll meet Roger Federer who he has never beaten on grass (0-1) and never beaten in a Grand Slam final (0-1).

Novak, who will return to No. 1 with a title, talked to the press about the final.

Q. What do you think of facing Roger Federer here in a final, knowing that in all of your matches all through these years you’ve only faced him once on grass here two years ago?

NOVAK DJOKOVIC: Yes, we only played once. It was a four-set win for him in semis of Wimbledon, so it’s a good chance for me to, you know, try to win against him on his favorite surface, on his favorite court.

This is where he has the most success in his career, winning many titles. He’s been looking very good throughout the whole tournament, very dominant with his matches. You know, I’m sure that he wants to win this title as much as I do.

NOVAK DJOKOVIC: Well, we know each other’s games. We played many matches on different occasions. As you said, only once on grass court, but we played so many times in semifinals and finals of Grand Slams, different surfaces, big matches over the years. They were very exciting.

And, of course, most of the matches we play against each other went the distance. So I’m going to be, of course, physically ready and fit to go the distance this time. Of course, there is plenty of motivation from my side to win this Grand Slam final after losing last three out of four.

Of course, I want to try to, you know, get the title. It would mean a lot mentally for me. The key against him in the game, of course, is trying to not allow him to dictate too much because he likes to be very aggressive, he likes to come to the net.

I’m going to have to be able to get as many returns back in the court and try to also stay closer to the line, protect the baseline.

Q. You seemed to be slipping a fair bit today, as did Grigor. Are the courts more slippery at the back of the court? Wrong shoes, or what?

NOVAK DJOKOVIC: Yes, I feel like they’re a little bit more than last year. But maybe it’s because of the fact that we had some very warm days last five, six days or so.

Also, you know, if you sweat in your feet the shoes get wet, and that can also influence the sliding and slipping on the court.