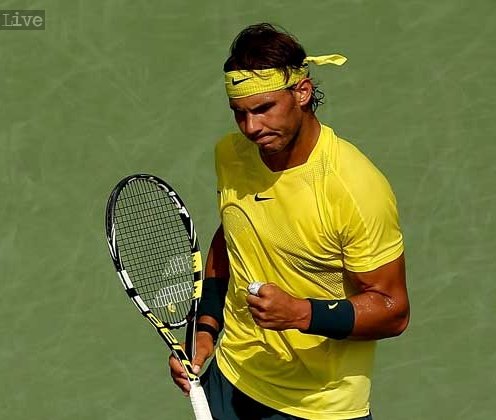 If the top two stars in the sport, Roger Federer and Rafael Nadal, hold true to their word they will not be together at the two Masters 1000 events next month in North America.

After losing to Daniel Brands this week in Gstaad, Federer said he might have to forego Montreal to rest an ailing back. The Swiss who’s a 2-time Canadian Open champion, though never in Montreal, missed the event last year.

Nadal has said he will be in Montreal, but he’s told Marca that he might have to skip Cincinnati depending on how deep of a run on the hardcourts he makes in Canada which he won in 2005. The concern for Rafa isn’t just his knee but also a left arm/elbow injury from Wimbledon.

Like Novak Djokovic, Nadal has never won in Cincinnati nor has he even reached the final.

Federer won the Cincinnati title last year and with his lack of strong results he will do all he can to try to defend his 2012 title.

And while Federer was losing on the clay in Gstaad, Nadal was enjoying himself on a yacht in Mallorca on vacation with his friends including Carlos Moya and longtime girlfriend Maria Francisca Perello.