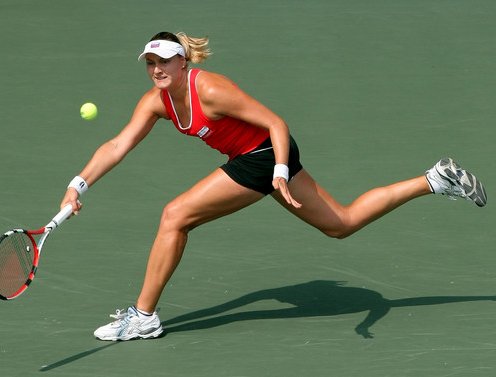 German tennis player Steffi Graf won 22 major singles championships during her 18-year career. She is the only player to achieve at least 4 singles titles at each of the Grand Slams. She became the first and only tennis player among both males and female players to win all four Grand Slam singles titles, and therefore, achieved the Calendar Year Golden Slam, also won the Olympic gold medal in the same calendar year in 1988. Graf held her World No. 1 ranking for 377 total weeks for which she became the top rank achiever for the highest period till date among both male and female players. She also secured her place in the top three of most wins by any player in WTA, with her 107 singles championship titles. Graf was inducted in the International Tennis Hall of Fame in 2004.

American tennis player Serena Williams is currently ranked WTA No. 1 in women’s singles tennis. She attended her most recent top position in February 2013 and became the oldest world no. 1 player in WTA’s history to do so. She is the reigning female champion in WTA Tour, US Open and Olympic ladies singles championship and won over $50 million of prize money which is the most among the female tennis players. She is seventh on the all-time list for her 32 Major international titles which includes 17 in singles, 13 in women’s doubles, and 2 in mixed doubles. For her 17 Grand Slam singles titles, she is ranked sixth on the all-time list. Serena is the only four times Olympic gold medal winner in history besides her own sister Venus Williams.

Retired Czechoslovakian tennis player Martina Navratilova held her WTA World No. 1 position for a total of 332 weeks in singles and also a record 237 total weeks in doubles. She is the only player to hold the top spot more than 200 weeks in both singles and doubles among both male and female players in tennis history. She was the year-end singles No. 1 for a record consecutive five years. Her amazing career is decorated with 31 international women’s doubles titles, 18 Grand Slam singles titles and 10 international mixed doubles titles. She won the Wimbledon women’s singles title for six consecutive events which is the best performance by any male or female professional tennis player. Legendary tennis historian Bud Collins once stated that Navratilova is “arguably, the greatest player of all time.”

Retired Australian tennis player Margaret Court is the one and only woman to win the mixed doubles Grand Slam till date. She is the first woman to win all four major titles in the singles Grand Slam in the same calendar year. Her winning percentage of 91.68% on all surfaces is an all-time record. She is the only mother beside Kim Clijsters to win a Grand Slam singles titles. The International Tennis Hall of Fame states that, for her “sheer strength of performance and accomplishment there has never been a tennis player to match.” Margaret is the only tennis player in both male and female categories to win a multiple slam sets in all three variations: Singles, Doubles and Mixed Doubles. Besides her tennis career, she is also noted as a major activist of LGBT rights in Australia.

Top 10 hottest Female Tennis Players of all the Times

Top 10 most angry tennis players ever!!!

The Top 10 Best Mens Singles Tennis Players Of All Time