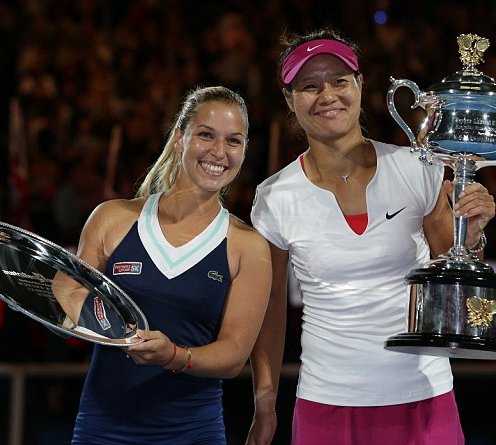 Well, believe it or not, it was yet another disappointing Grand Slam for the American men. The most disappointing man of all was the one with the most expectations on his shoulders—John Isner.

Isner, the No. 19 seed in Australia and therefore the top-ranked American man, started the year in good form, making the Hopman Cup final with Serena Williams. With his draw, he should have at the very least been able to make it to the second week in Melbourne.

Instead, he fell in three sets to unseeded Gilles Muller in the third round. Not good.

Isner came to Australia with new coach Justin Gimelstob, a move largely made to help the No. 19 seed quiet the Grand Slam fire alarm that’s been going off for years and to work on his overarching vice, the return of serve. But as we saw against Muller, Isner’s length can be an impediment. With arms as long as his, it’s a tough ask to first turn your shoulders and then swivel quickly enough to create any kind of offense on returns.

It was a great tournament for American women. Not only did Serena win, but Madison Keys made the semis, Venus Williams and the unheralded Madison Brengle made the quarterfinals, and CoCo Vandeweghe upset Sam Stosur.